April 27th, 2019 was an unforgettable day at the EDP Rock ‘n’ Roll Madrid Marathon & ½, and all previous records were broken, both in the male and female category. Reuben Kerio (KEN) get the best time in Madrid with 2:08:18 and Shasho Insermu (ETH) destroys the women’s clock with 2:26:24. Javi Guerra returned to demonstrate his dominance with an amazing performance. 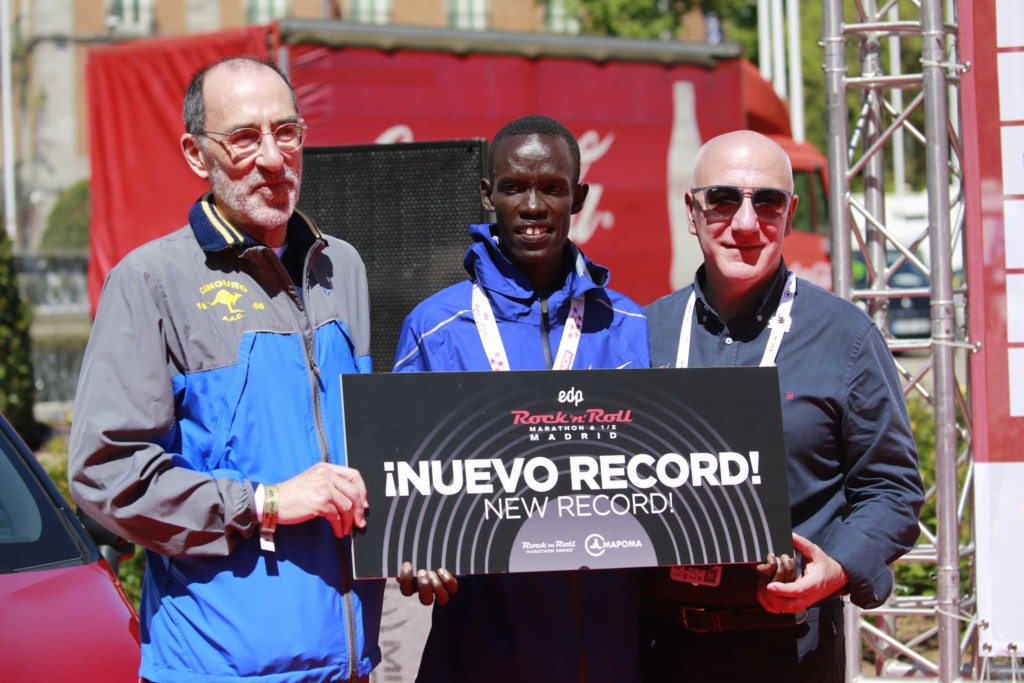 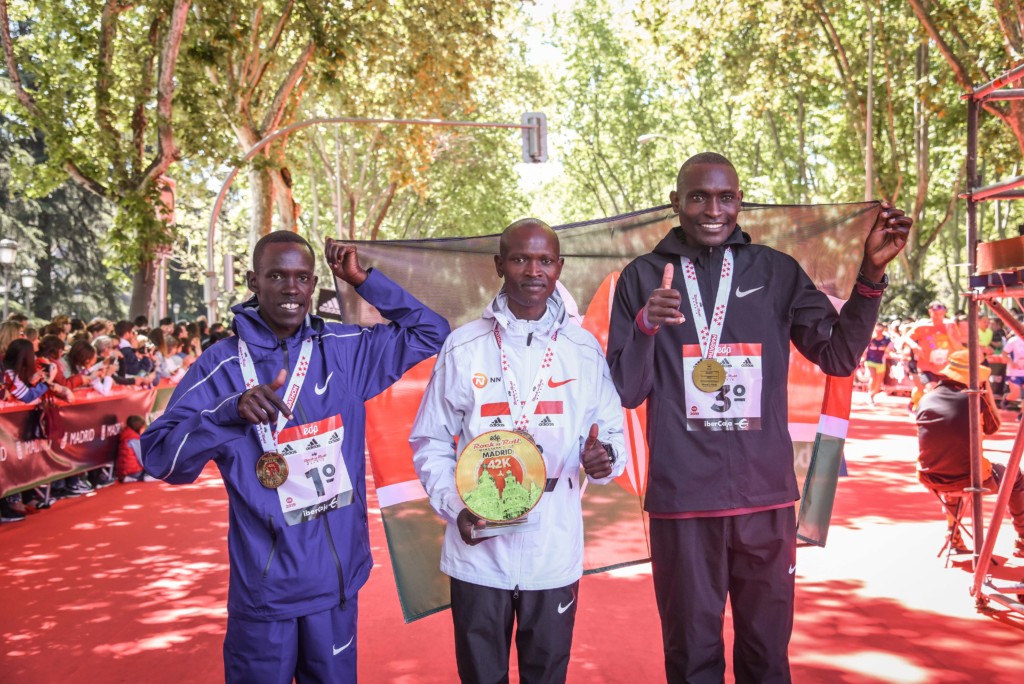 The 42nd edition of the EDP Rock ‘n’ Roll Madrid Marathon & ½, was held on Saturday, April 27 and more than 34,000 runners from all over the world enjoyed the streets of the capital, in a historic day we will never forget.

A Saturday. An atypical day for runners, accustomed to celebrate this party always on Sundays. But nothing could have been better this year, although the organizers had to change its celebration one day before beacause of the general spanish elections. But they were there. More than 34,000 runners between the three distances: Marathon, Half Marathon and 10K. And the elite athletes were amazing, getting the best race time ever. Two different records belong to Reuben Kerio (KEN) with 2:08:18 and Shasho Insermu (ETH) with 2: 26:24. 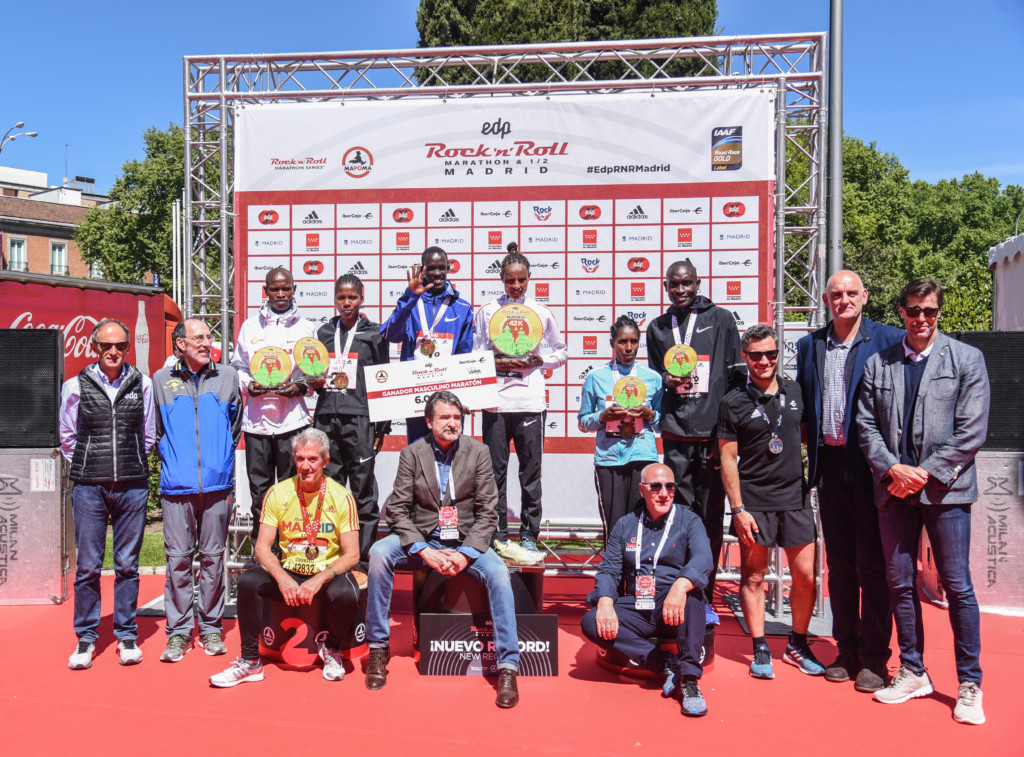 The race started at 8:45 in the morning on a wonderful fresh and calm spring day, which invited us to think about a great day for all runners. The athletes knew it, the fans too. For that reason, when in the half marathon point the clock strikes 1:03:54 to a large group of runners nobody has thrown their hands to the head, although the statistics said that this rhythm was insane for this city. Ten African athletes and one Spaniard, Javi Guerra, were the athletes who were going to play the victory in a race that has its key kilometers about the 30, when the course goes into the Casa de Campo.

After kilometer 35 and with the course always tending up towards the finish line at the Paseo del Prado, Reuben Kerio changed the pace and left alone with a powerful running mode, with any doubt who was going to take the victory. Kerio crossed the Finish Line when the clock strikes 2:08:18, 57 seconds faster than the previous record of the race dated on 2014. Second was Kipkemoi Kipsang with 2:08:58 and third Kiprotich Kirui with 2:09:05, both also below 2:09:15 which marked the best record in Madrid.

Fifth in the race was the Segovia Javi Guerra, who has shown his total mastery of the distance. The best Spanish marathoner of the moment and one of the best in history. 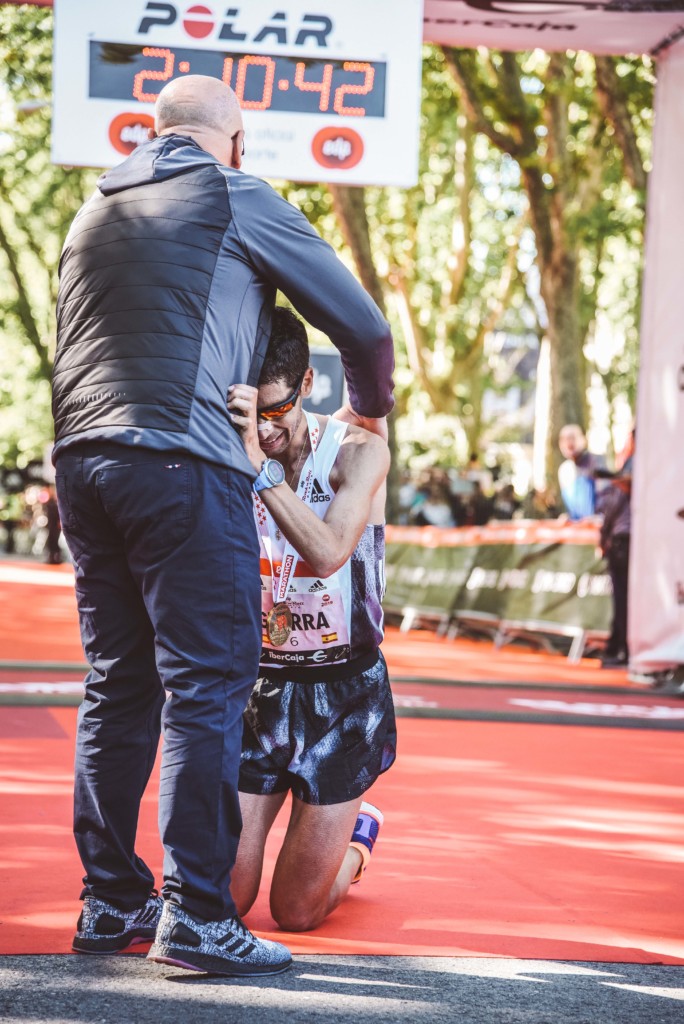 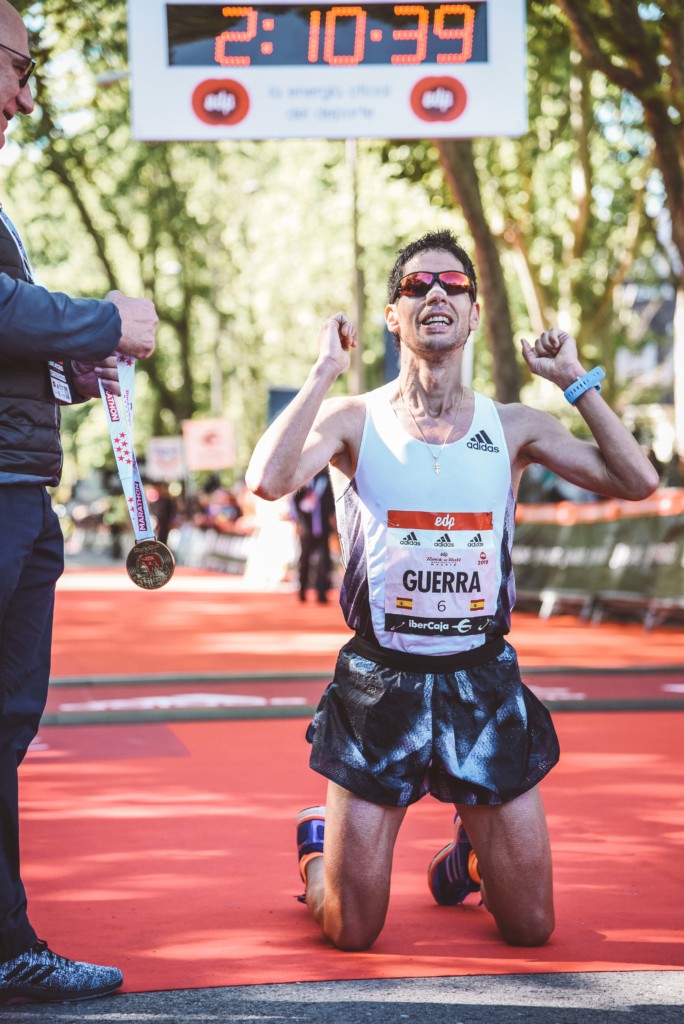 Shasho Insermu (ETH) offered a real show in Madrid, breaking the record of the test. The stopwatch at the finish line indicated 2:26:24 when the Ethiopian born in 1993 crossed the goal. Everyone celebrated this victory,  which meant a time of 4 minutes less than the previous record (Valentine Kipketer, 2:30:40 last year) and that had been the work of a woman who was the favorite, because she won the Copenhagen Marathon and was second in Amsterdam with 2:23:28.

The second place, just 41 seconds behind the winner and also widely below the previous record, was for the Ethiopian Fetale Dejene Tsegaye with 2:27:04. 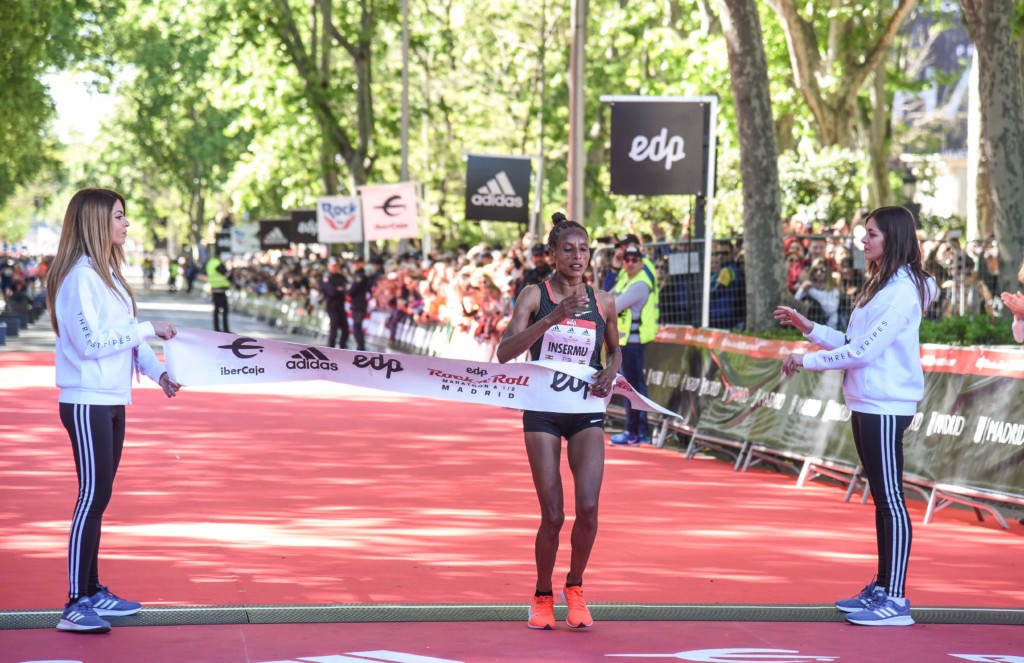 Carles Castillejo and Nuria Lugueros were the protagonists and the winners of the Half Marathon.

Nuria, a woman who was facing this distance for the first time and who has not been able to debut in a better way. A resounding victory in Madrid with 1:15:10 that suggests a great future for her. 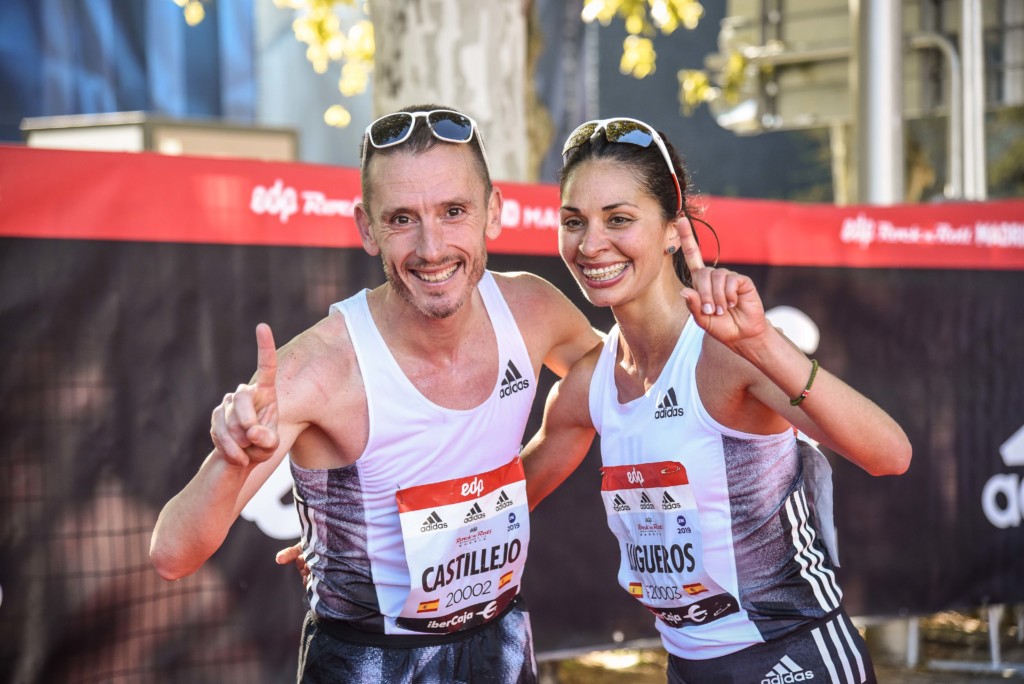 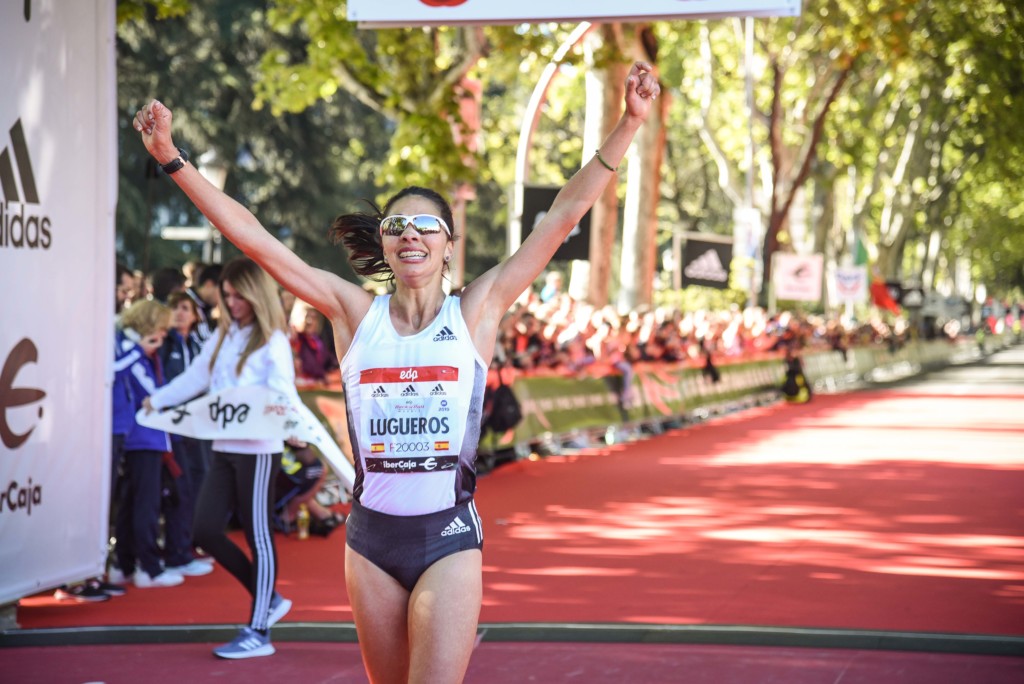 Carlos Mayo won the 10 kilometers after an incredible race. He crossed the finish line in 29:51, a great record if we take into account the orography of Madrid and that the athlete returned to the competition after more than a year injured. 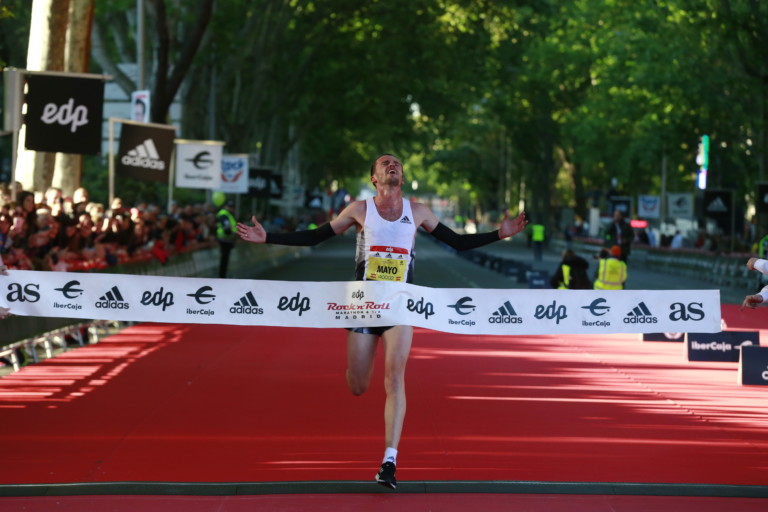