A medal for each distance, with the iconic Puerta de Alcalá as the image of an event whose 43 years of history have made it a reference in the world of popular sport. 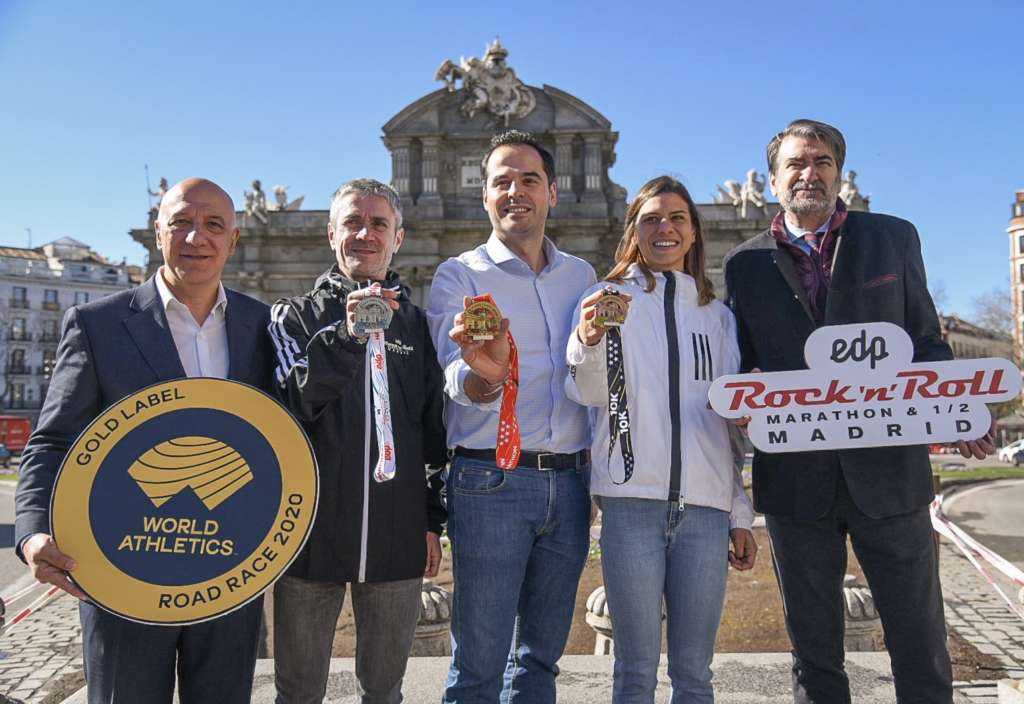 This morning, the medals of the EDP Rock ‘n’ Roll Madrid Marathon & ½, which will be held April 26th, were presented nex to one of the most emblematic monuments of the city, the Puerta de Alcalá.

This is one of the most eagerly awaited moments for all runners, since they reflect the efforts and the sacrifice of all that hard trainings. And now the finally know how the medal that will hang around their neck once they cross the finish line will look like.

The event was attended by the Vice President of Community of Madrid, Ignacio Aguado, the Marathon World Champion, Martín Fiz, the profesional athlete, Irene Sánchez-Escribano, the general director of EDP Rock ‘n ‘Roll Madrid Marathon & ½, Pedro Rumbao, and the president of MAPOMA Sports Association, Guillermo Jiménez, among other authorities in the world of sports.

A different medal for each distance (Marathon, Half Marathon and 10K) that, as in previous editions, keeps the emblematic character  and pay tribute to the city that has seen its birth and growth. And now, it’s one of the most important races in the world.

Ignacio Aguado, Vice President and Regional Minister for Sport of the Community of Madrid, said that “the medals are very beautiful and all runners will be wearing an icon of our city and our Community. The EDP Rock ‘n’ Roll Madrid Marathon & ½ is not only an incredible running party, it’s also a global event with an important economic impact of more than 40 million euros. That’s why the event has all the support of the Community of Madrid”. 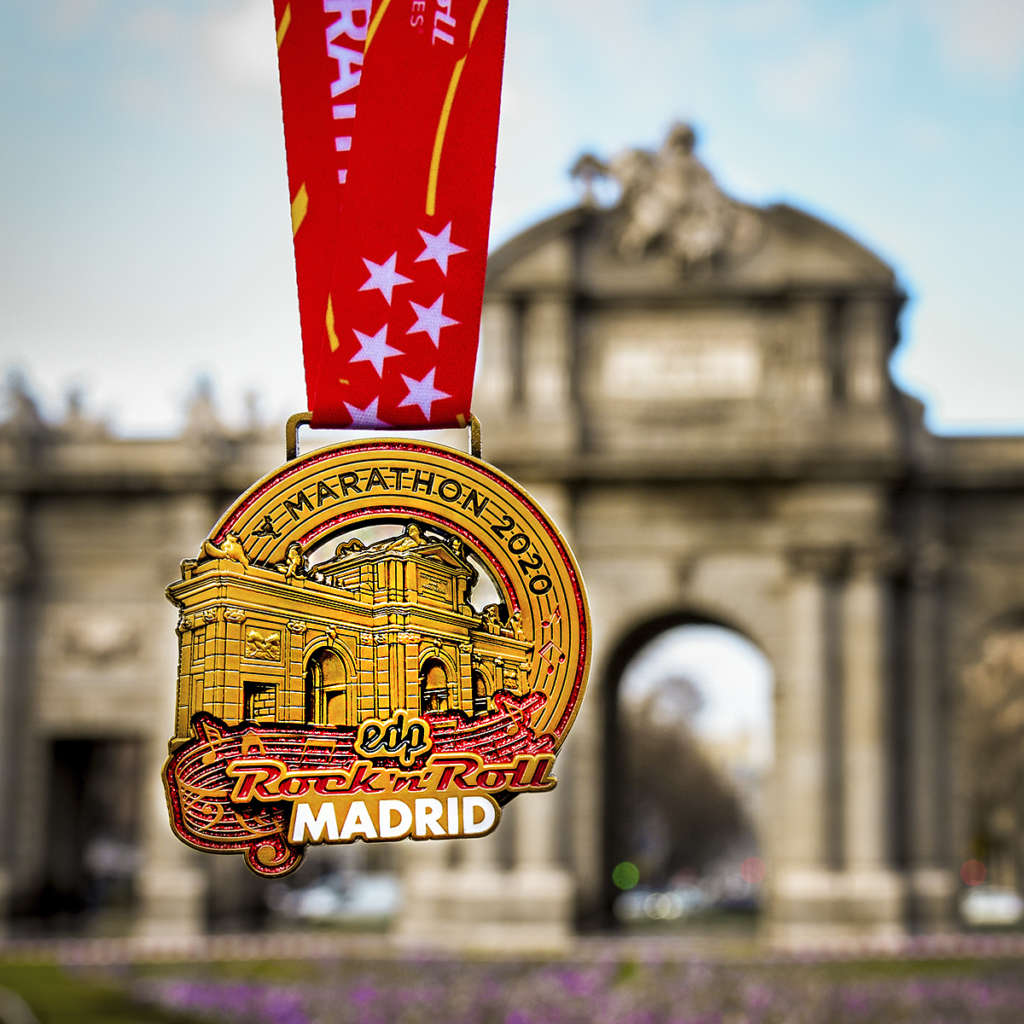 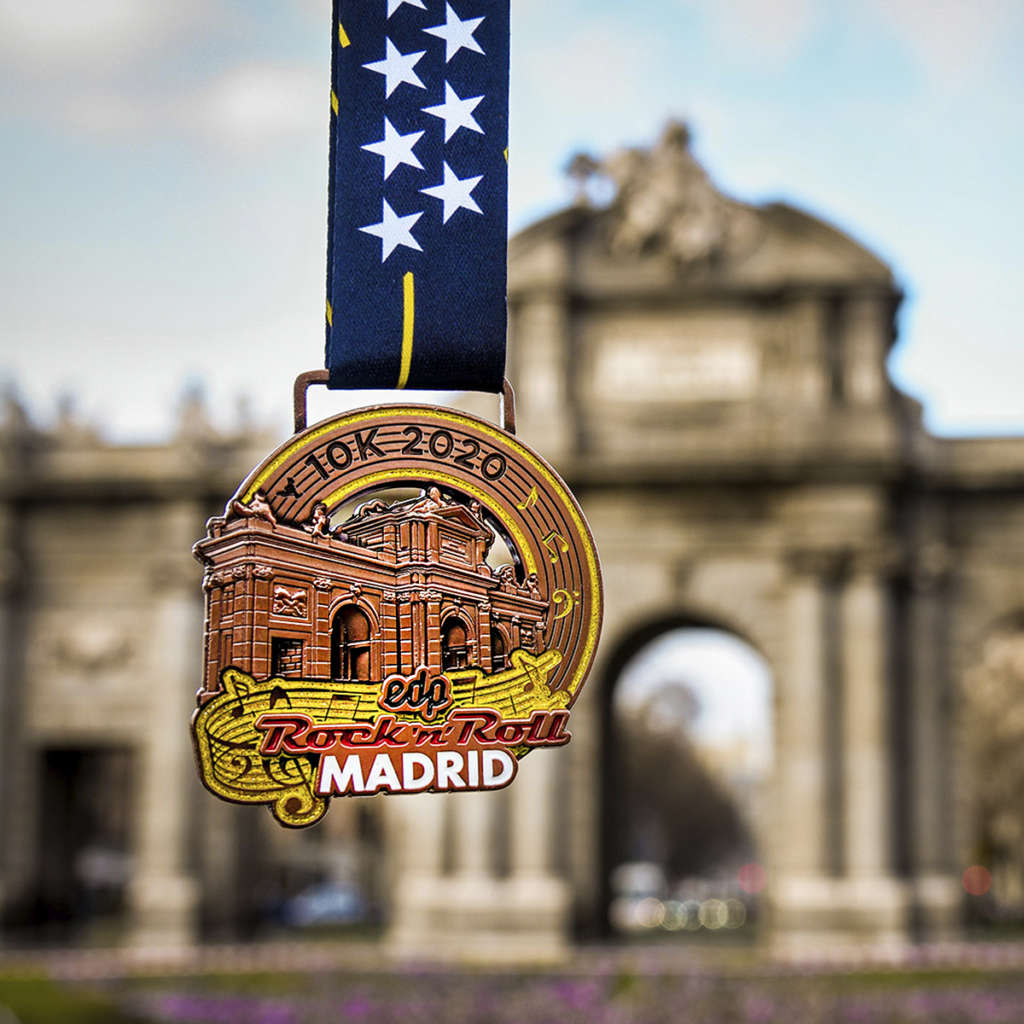 Thanks to the support of the Community of Madrid and the Madrid Marathon World Tour project, the race continue with their promotion in some of most important sporting events worldwide. Thanks to this, more than 10.000 runners from all over the world visit Madrid every year to run the EDP Rock ‘n’ Roll Madrid Marathon & ½.

On the other hand, Pedro Rumbao shared his motion of being able to present the medals one more year, because “these medals are the symbol of the effort and the illusion of runners and citizens, because a race like the EDP Rock ‘n’ Roll Madrid Marathon & ½ it’s a big party that everyone wants to join. Because in our organization, our motto is responsibility, commitment and passion”.

The EDP Rock Roll n ’Roll Madrid Marathon & ½ hung a few days ago the “Sold Out” sign for the Half Marathon. And, three months before its celebration, the race has more than 32,000 registered, and the number is expected to increase to approach 40,000 participants between the three distances.

The quality, the effort, the desire to improve and the commitment with all the runners has made the EDP Rock ‘n’ Roll Madrid Marathon & ½ renew the World Athletics Gold Label, which certifies the race as one of the best Worldwide.

For the moment, we have to wait a few months more and continue with the trainings, but the presentation of these medals is sure to have been will be a great motivation. Because this is just the beginning of the great reward that awaits on April 26th. We’ll see you on the streets.